Back to Blog Posts
Prev Next

THREE COMMON PROBLEMS MOVING WITH CATS AND HOW TO AVOID THEM

The phrase "like herding cats" has long been used to sarcastically describe the impossible, and for good reason. Cats are notoriously stubborn and free-willed creatures, and moving to a new home with them can often feel like the aforementioned “herding.”

Any cat lover will tell you that they do what they want; the trick is to make them think “what they want” is possible in their new environment. Trying to move one or more cats to a new home is something just about any long time pet owner will have horror stories about. I personally have seen just about everything that can go wrong in relocating felines. That being said, I can offer up a few cautionary tales, and how to avoid similar situations.

Let’s start with a problem that can occur before you even set foot in your new place.

One cat I once owned noticed that something was amiss and simply hid in the attic and refused to show itself until I had moved out, at which time it reemerged to assume a new identity as the pet of the house’s new owner.

According to the article “Moving with Your Pet” on the ASPCA website, there are two main ways to avoid this problem:

The second they get a whiff of something being “off,” they’re going to start forming an escape plan.

Of course, they are easy enough to trick. Convince them that the boxes you’re going to be packing with are just an innocent change of scenery.

When moving day arrives, keep them segregated. Put them in a closed off room with a few toys to keep their attention-deficit minds busy.

Move them last, and avoid letting them explore the empty house if you can.

They may make use of the moment of freedom to hide in a cubby hole somewhere and sulk indefinitely.

And now for a problem that could potentially strike after the move: your cats simply refusing the new house outright and heading out in search of their old home.

A neighbor of mine once tried to bring their cat with them to a neighboring town, only for it to disappear on them the first time they let it out.

I found the cat wandering down my neighborhood days later, wearing every inch of the road he traveled on him through scrapes and cuts amid his fur.

He had apparently been on a harrowing adventure in the quest for his old food dish.

This problem has to be solved with patience. Again, cats despise change. In her article “Moving with Pets,” for Petfinder.com, Cynthia Gallagher brings up the point that while dogs are social animals that tend to be familiar with the concept of a changing environment, cats are “more focused on their surroundings.”

The key is to both ease them into the change, and remove the temptation to simply run from it.

ASPCA.org suggests introducing them to the house bit by bit.  Start them in one room, with their litter box and a selection of their favorite toys and scratching posts.

When you let them out, don’t immediately have all of the doors of your house open.  Leave a few closed and give them time to get a handle on the place.

Finally, consider taking icatcare.org’s advice and leaving your cat inside for the first two weeks at the new place. While the idea of being locked in with a stir-crazy feline might be enough to make some grit their teeth at the idea alone, it’s preferable to having one’s cat disappear outright.

Also, keep in mind that this length of time is not written in stone as the single universal rule. Cat owners know their cat and its level of excitability, and should plan their “time in the clink,” so to speak, accordingly.

This is maybe the most frustrating problem for some: the cat makes the move okay, and does not attempt to run away…it just now holds a deep seeded hatred for its owner.

Cats are more than capable of holding a grudge, as my uncle learned when he carried his cat to a new home in a cat-carrier. Long story short: when it emerged, it hated him. What followed was an unpleasant and long standing grudge which resulted in a whole lot of hissing and claw-slashed hands.

It’s safe to say that cats, on average, hate cat-carriers. As was said, in the mind of a cat it’s all “location, location, location.” They get attached to what’s around them, and they thrive on freedom.

A carrier takes away both of these from them, and using one is a quick way to have one hold an unreasonable resentment towards you. Unfortunately, it’s often the only way to get them from point A to point B while maintaining an ounce of sanity.

Both the ASPCA website and Gallagher suggest acclimating the cat to its carrier by putting it around the house for some time before the move. At this point, you can begin conditioning your cat into thinking of the carrier as a safe, fun place.

Try filling it with treats, or laying down whatever your cat enjoys sleeping on inside of it (Gallagher suggests their “favorite blanket,” though most cat owners will know that a cat’s bed-of-choice can be more…unorthodox than that). It’s further suggested by Gallagher that, during the trip, the carrier be covered by “a light blanket” for the first few hours.

Moving scenery has a funny way of driving cats crazy, and limiting exposure might help them relax enough to silence a whole lot of meowing that may quickly become maddening.

Of course, cats will be cats, meaning they are apt to be completely unpredictable. One could take every precaution and still have an angry four-legged runaway. The backup plan for this is simple: make sure the cat has a tag with a name and number around its neck.

While you can’t herd cats, you can prepare for them to be what they are. If you’re lucky, you may just trick them into herding themselves. 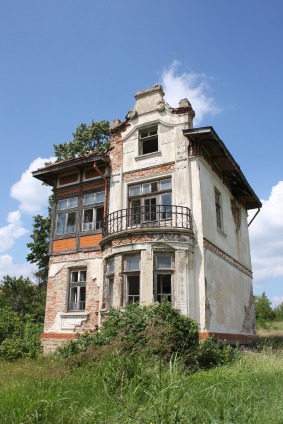 IS MY HOME HAUNTED?

When Halloween is mentioned, we think of grinning jack-o-lanterns and little ghouls scouring their neighborhoods,  trick or treating....Read More 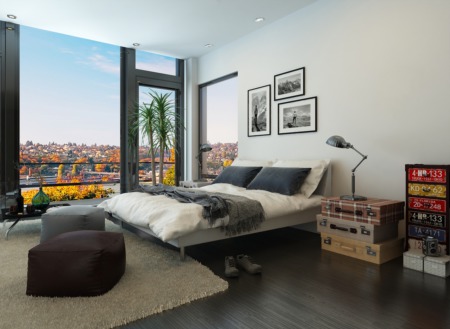 Don't throw out that old trunk or suitcase in the attic. Put it into play in your home as a decorative and functional accent piece or major ...Read More 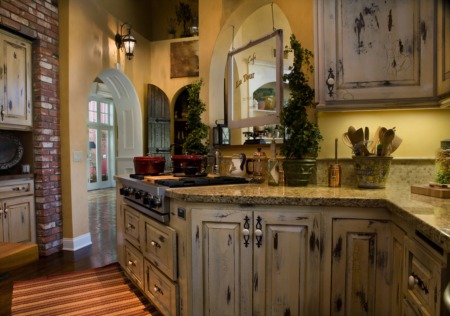 MOVE OVER | THE BATTLE OF THE COUNTER TOPS

Being savvy to a frustrating trend in the home buyer’s market: the overwhelming need to replace all countertops with granite. Why this happens ...Read More

Have a Question or Want a Free Market Report?

Contact Us
Questions? We're Here to Help
Recently From Our Blog

IS MY HOME HAUNTED?

Have a Question or Want a Free Market Report?